Finding summer in our reflection

Back in 2003 I read book called:  If I knew then what I know now.  A reporter asks a 93 year old lady named Nadine Stair what she would do differently if she had her life to live over. Her words stuck a cord with me then and apparently still do.  I didn't keep the book but had kept her quote.

This morning, her quote popped back into head.  Maybe it's the sunshine, the heat, my garden or just the new beginning of summer.  Whatever the reason, it really got me thinking about my own life and what I would like to do or not do this summer and beyond.


To clear clutter it's best to live with things and experiences that raise your energy and let go of things that deplete your energy.  I think Nadine's quote explains why very well.  So I'm going to write a list, "If I had my summers up until now to live over again"   Maybe you will want to make your own list and then go have a wonder-filled summer!! Happy travels!!!

If I had my life to live over
I would dare to make more mistakes next time
I would relax
I would limber up
I would be sillier than I've been this time
I would take fewer things seriously,
and I would take more chances
I'd take more trips
I'd climb more mountains and I'd swim more rivers.
I would eat more Ice cream and less beans
I would perhaps have more actual troubles, but I'd have fewer imaginary ones.

You see, I'm one of those people who lived sensibly and sanely, hour after hour and day after day
Oh, I've had my moments, but if I had to do it over again, I'd have more of them
If fact, I'd try to have nothing else- just moments-
one after another, instead of living so many years ahead.

I've been one of those persons who never goes anywhere without a thermometer, a hot water bottle,
a rain coat and a parachute.
If I have my life to live over...
I would start barefoot earlier in the spring and I would stay that way later in the fall.
I would go to more dances,
I would ride more merry-go-rounds.
I would pick more daises"

Wishing us all all a summer filled with life and few regrets!!
Denise

This is the book I found the Nadine's quote in originally:   If I Knew Then What I Know Now Mass Market Paperback – January 1, 1997 by Richard Edler

Posted by Denise Frakes at 9:04 AM No comments:

Last night I ordered myself a new book.  Eat Pretty by Jolene Hart.  It cost me $9.85.  When I think of all the lotions and potions I can put on my skin, $9.85 is a screaming deal.

Over the years, I have found the principles of residue free cleaning can be completely transferable to skin care.  Less is more.  On slate floors when a coating has been applied, my first instinct is to cringe.  For a couple of reasons.  First of all the coating has completely covered up the essence of the slate. It no longer looks and feels like slate but is now a plasticky, shinny shadow of the original.  Secondly, I know at some point this coating will need to be stripped off.  The stripping off process will require unnecessary chemicals, serious agitation and inevitably a bit of extra wear and tear not only to the floor but to us too!

I pause here to give a heavy sigh....

At this point you may be wondering what does a coated slate floor have to do with a new skin care book called Eat Pretty!  Everything!!!  When we coat our faces with layers of beauty products we are essentially coating our slate floors.  Our natural essence has been hidden and at some point - usually at night before bed, we will need to strip off the coating.  This practice can't be good for your tender face skin.

Partly because I'm terribly lazy when it comes to make up and partly because I hate it's feel and partly because coatings make me cringe, I wear very little make up. I do love healthy skin so instead I make my own skin care oils and try to take care of my skin from the inside out.  And after one long drawn out conversation...this is why I ordered the book Eat Pretty by Jolene Heat for $9.85 last night.

Wishing you radiant skin and good eating,
Denise
Posted by Denise Frakes at 7:26 AM No comments:

The joy of dust bunnies

Forget the books on how to enjoy your life.  Joy is in the daily details.

As you clean you glance into the bathroom mirror and see a sparkle in your eyes.
You catch yourself singing while scrambling the eggs.
A squeal of delight scares your kitty when you discover a new pea sprout has broke ground.

These are clues.  Your spirit doesn't care where you are, what you are doing, how old you are, how much rain we have had, or how many pennies you have in your bank account.  This kind of contentment in life, joy in living and gratitude for life itself is all found in the details.  The gentle rhythm of life absorbs you.  Maybe you even find curiosity in the travels of lost socks

You come to your daily chores not from fear: what will the neighbors think; of frustration: not enough time; of anger: not appreciated; of dread: this is beneath me but in rejoicing of the day- no matter what you are doing!

Everything you do with a spirit of grace is a gift.  Finding delight and wonder as you watch the dust bunnies in your home scurry across the floor- especially when company is present- is a gift to your soul

Changing your relationship to your daily chores.  Because that is exactly what it is - it is a relationship!


If your ... chore...was a person how would it feel?  Appreciated, loved, nurtured? 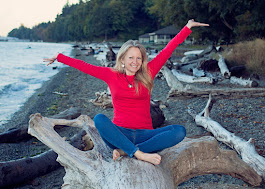 If you are new to my blog welcome, if you are a returning kindred spirit...you are always welcome.
What I know for sure... Over time, if we aren't paying attention, if we fall asleep...life residue starts to stick. It looks like clutter, automatic pilot living, fear, life drudgery. It's not real!! It is not who we are or why we are here.
When we fearlessly and joyfully turn into our lives, face our procrastinations, our stuffed closets and start to dig... an interesting thing happens. We wake up, we remember who we are and what we love. We do a little jig.
My name is Denise Frakes. I'm a certified transformational life coach, a certified healthy home specialist. I'm also one curiously determined soul to exploring solutions to life's most interesting questions. With 30 plus years of healthy home experience and training... you might think I've figured it out! Ha! In truth, the more I know, the more curious I become. Ours is one joyful adventure- figuring out life and home's mysteries.
Come play with me as we uncover the mysteries of clutter, life residues, zombie living. Come play as we collectively build new joy muscles, creative muscles, and wildly authentic spirits. Life confidence!
Denise Frakes
Contact Denise
info@dfbluesky.com
Creating Space 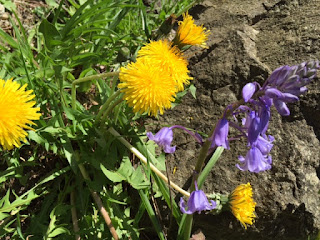